Where to start when your marketing just won’t work 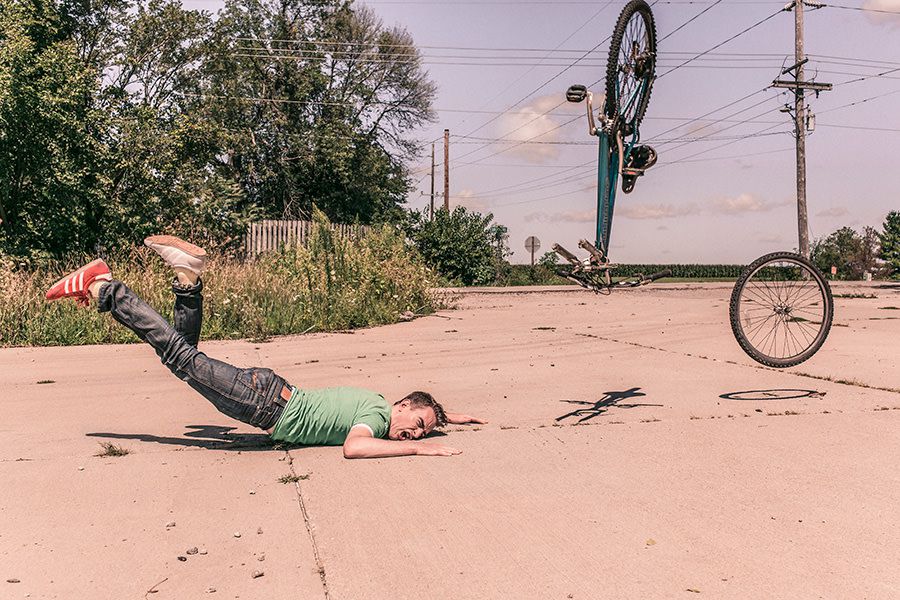 briciingthatlyaSomething I often hear when bumping into new business owners is ‘But my marketing just isn’t working, I don’t know what to do.’

I’ll then ask them how many visitors they’ve had to their website in the last month.

The answer is usually ‘I don’t know, I don’t look at that stuff’.

And I’m met with more blank stares like ‘Lady, what the hell you even talking about?’.

So then I ask them what they’ve been trying. And the answer is often a frustrated ‘Everything!!!’.

It’s like throwing spaghetti at a wall, closing your eyes, then getting confused when you don’t know if it slid down the wall and hit the floor or not.

When you start your business, you just want it to work. And you’ve likely got a finite amount of time and money to make it work before you have to go and get that dreaded ‘real job’ again. It’s tempting to keep busy, to try everything, to give it your best shot.

But before you do, start at the start by confirming whether you have a TRAFFIC problem or a CONVERSION problem.

When it comes down to it, business is all about numbers (It’s about heart and dreams and soul and community and connections and determination too… and it doesn’t have to be contrived or sleazy…) but without your numbers, at least until you have a solid idea of what marketing strategy actually works for you, you’re running blind… remember the spaghetti?.

A traffic problem means that not enough people know your business exists for it to start converting into sales. With ecommerce websites converting at around 1-3% and service sites converting a bit higher, that means you need a decent volume of traffic before you’re likely to see any action. And while I’m using digital marketing as an example in this article, the same applies to non-digital marketing. If it’s a store, no one’s coming in, if you’re a service provide without a website, you’re not speaking to enough people at networking events or calling enough of the right stakeholders who would be interested in your offering.

A conversion problem means the traffic is coming but there’s a mismatch in either the offer or the audience that essentially illustrates that in some way you aren’t effectively solving your target audience’s problem.

For example, say you’ve built a website. It has a great core message that tells people exactly how you’re going to solve their problem, a lead magnet for people to download to join your email list, a suite of quality products and a kicking load time. But they’re not getting any sales so you take down the newsletter sign up and start tweaking the product because surely, that must be the problem. The things is, if people aren’t making it to your website, it doesn’t matter how great it or the product is, it ain’t going to sell.

If on the other hand you’ve built a website and you’ve got ad campaigns running, you’re networking your caboose off, posting on social media, kicking up a PR storm and getting hundreds of people a month to your website but your bounce rate is 70%,  no one has signed up to your email list and sales are crawling out the door like a snail full of Mr McGregor’s prize cabbage leaves, there’s something wrong with your offer, your product or the audience you’re offering it to.

When I first started out in marketing it was generally accepted that a new potential customer needed to engage with you an average of 3 times before they bought from you (Unless the person is a referral… then they’re more likely to buy straight away… which is a reason that referral marketing and word of mouth is such an excellent strategy… and one I often suggest business owners use in their core 3 marketing strategies… but back to traffic and conversion…).

Today that estimated number has risen from 3 to 20. Personally I’m not sure it’s quite that many (and again it depends on the product and the industry)…

Still, that’s somewhere between 3 and 20 times that someone who doesn’t know you needs to get to know you before they’ll decide that you are the business for them.

Man, that takes time. It takes regular, consistent marketing efforts. And it takes knowing where your numbers are at.

Once you know you numbers and you’ve determined whether you have a traffic problem or a conversion problem, all of a sudden your options of ‘What should I do next?’ are cut in half!

And that’s a whooooolllleeee other conundrum.

Tune in next time where we’ll dive deeper into traffic problems (we’ll do conversion problems after that!) and what you can do to get more of your type of happy, smiling people knocking on your business door.

Splendiferous! Check your inbox for the link to the video